Here is a very interesting episode of Munro Live, in which Sandy Munro and Dave Warner (Senior Electrical Engineer) from Munro & Associates sits down with 3IS’ Dale Koch (Director of Electrical Engineering) and Sam Bellestri (Director of Architecture & Systems) to discuss the differences between the electrical architectures of the Tesla Model Y, Ford Mustang Mach-E, and Volkswagen ID.4.

As we can read in the description, “3IS researches automotive electronics and electrical systems, creating databases on the main EV systems including Body Electronics, Infotainment, Navigation,Telematics & Connectivity, ADAS / Safety, Automated Vehicles, Chassis Control, Powertrain, EV / HEV, and more,” which means that they are perfectly suited to explain the differences between these hot EV models.

“The discussion first starts off with introductions then moving swiftly into comparing the number of ECUs in the vehicles, number CAN Buses, ethernet usage, LIN Buses, usage of LVDS Channels, audio and the pitfalls of “parts-bin” engineering, usage of fuses and relays. Finally, the team talks about the specific architecture of the ID.4, the Model Y, and the Mustang Mach E, diagnostic systems, and ultimately which system the team thinks is best, covering all of the plusses and minuses.”

Let’s get into details. The first point is the number of Electronic Control Units (ECUs), which in the case of Tesla is almost halved. The answer for that is a higher level of integration in Tesla (including three main controllers), while Ford and Volkswagen are using a higher number of smaller ECUs, usually off the shelf. There are tradeoffs in both approaches according to 3IS.

The number of Controller Area Network (CAN) buses is slightly higher in Tesla. Ethernet usage is much lower on Tesla and Ford than on Volkswagen.

In the case of Local Interconnect Network (LIN), Tesla once again stands out with a smaller number of elements.

The next thing is the Low-voltage differential signaling (LVDS) and there Tesla is using over three times more than Ford and Volkswagen, mostly because of the higher number of cameras. Ford uses more Ethernet for this purpose.

Sandy and 3IS note also that Tesla and Ford are using Automotive Audio Bus (A2B), while there is no A2B in Volkswagen, concluding that those are the pitfalls of “parts-bin” engineering (they are using previous solutions that were easily available).

An interesting thing is the comparison of the usage of conventional fuses and relays. Tesla clearly has a completely different approach with automatic fuses:

The next part is about the specifics of each vehicle: 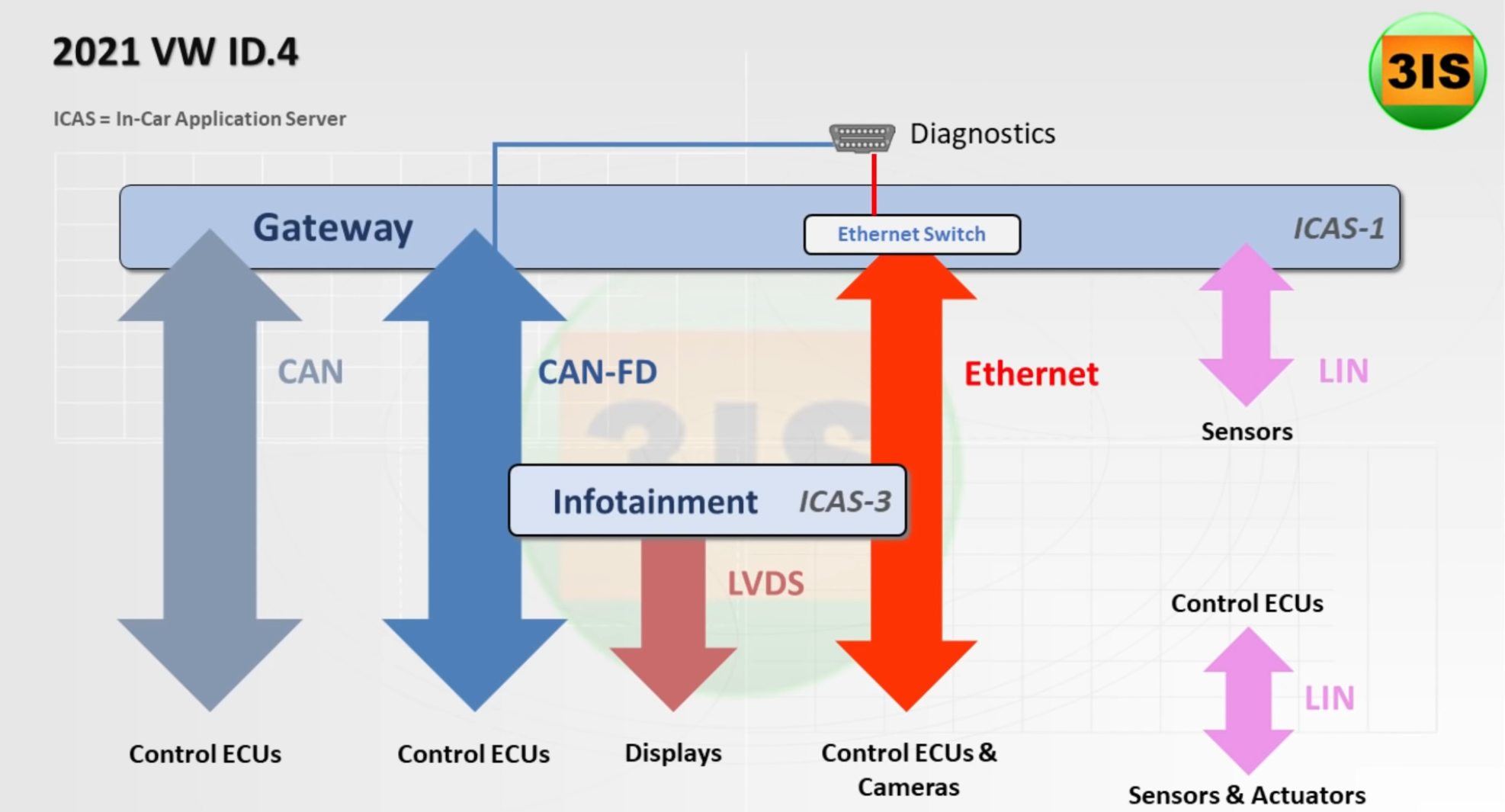 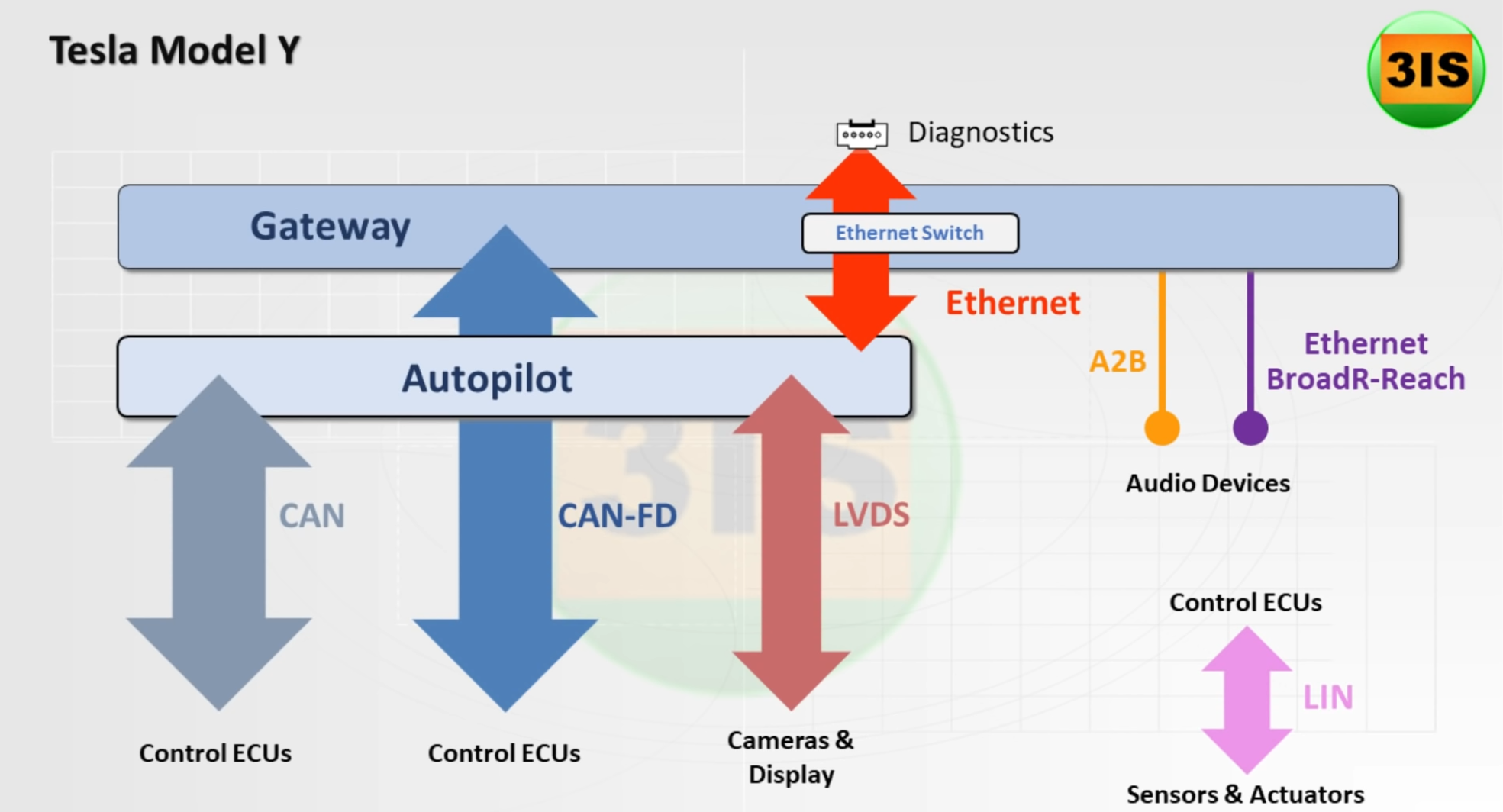 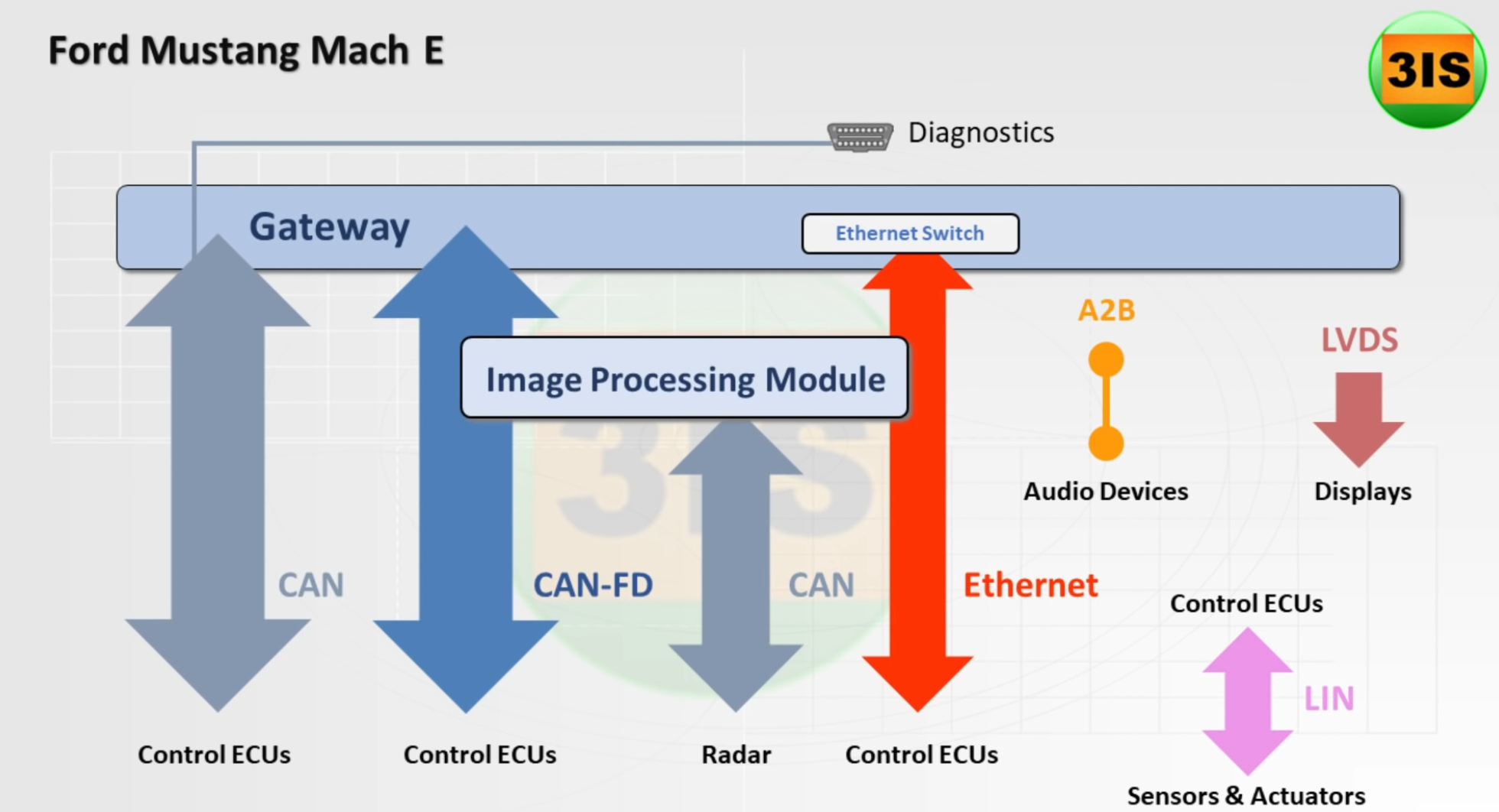 When it comes to, which architecture is the best, there is no simple answer, as it depends on the goals and constraints. The established OEMs have a lot of solutions that can be re-used to lower the R&D cost, although it might not necessarily be the best. Tesla has no choice but to develop everything from the ground up and do it a different way, without constraints.

Details on the electrical architectures are available at 3IS.

This Is What A New Electric Honda S2000 Could Look Like